I've had this car for about 15 years now, it was my college car, my first car I took to an autocross track, then HPDE, and just general tomfoolery around the backroads of Shenandoah mountains in Virginia. I loved everything about it, except one thing, lack of high end power. I fooled around with it made some engineering mods/mistakes along the way, and was able to make it hum around 148 hp.

Well, last year, I got my hands on an e36 m3 diff, and with a *slight* modification, I was able to install it. And boy howdy did it become fun, No more anemic understeer. It only took 11 weeks to make that work! (My e28 race car donated a large case diff that could jive with the rear end). So being an enterprising boy that I am, I decided to take the plunge! Supercharge the bastard!

This was an endeavor that has cost me several months of pain and suffering. I work in a mechanic shop that primarily works with Mercedes, so I have a lot of cool stuff lying around, some of those were AMG injectors from an E55 kompressor (before, you tell me that will never work, you're wrong I have a tig welder that says otherwise). I blame those injectors for putting the crazy thought in my head

I called some friends in the UK and they directed GKD inc, they make a supercharger kit minus the supercharger, but one can be procured off a mini cooper S with little hassle. SOLD! I was in it to win it. After months of trial and error through shelping through my car's wonderful EWS system and bypassing it for a starter button, Installing a Megasquirt ECU and the programming to run, I finally had it running!

As I sat that night with my feet on my table, watching my children play games and stare at my wife pretty blue eyes, I felt... well not as good as you think I would have. The back of my mind something kept gnawing at me, "you aren't making enough power to make that diff worth it.... pull the head..... Cams, you need some cam work.... add coilovers…. Get the car scaled....port and polish...." 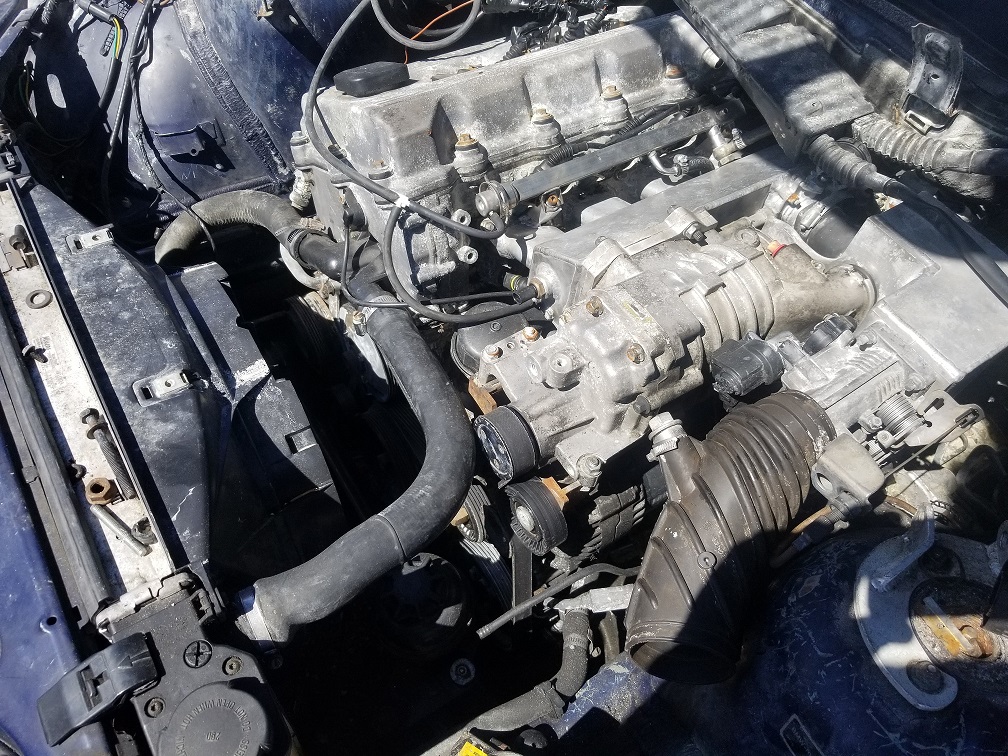 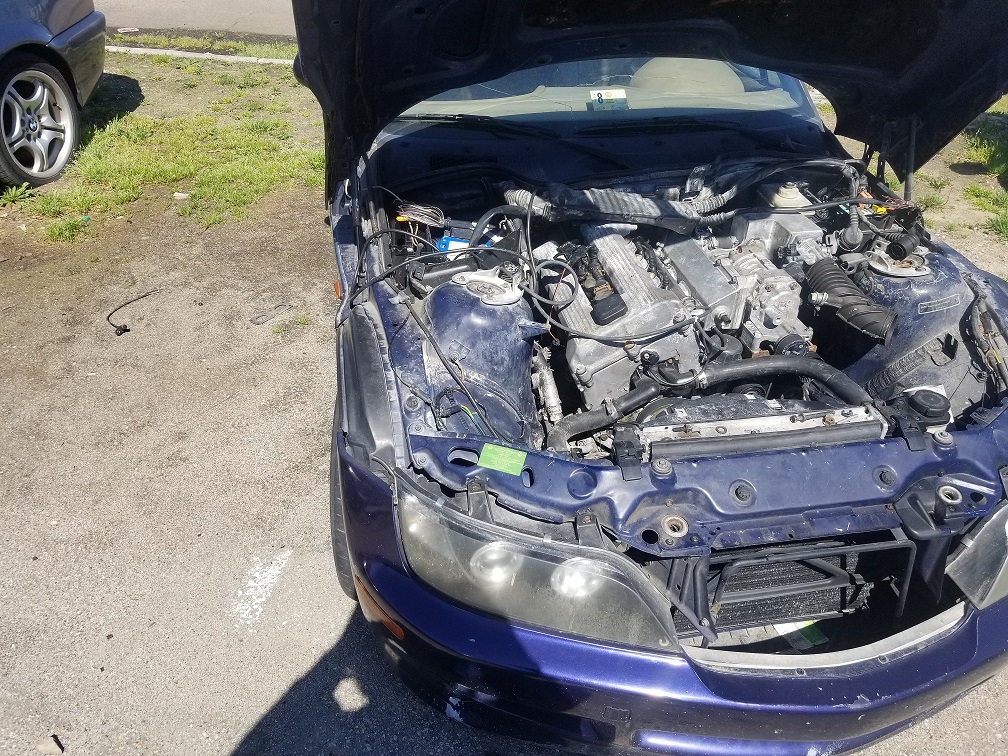 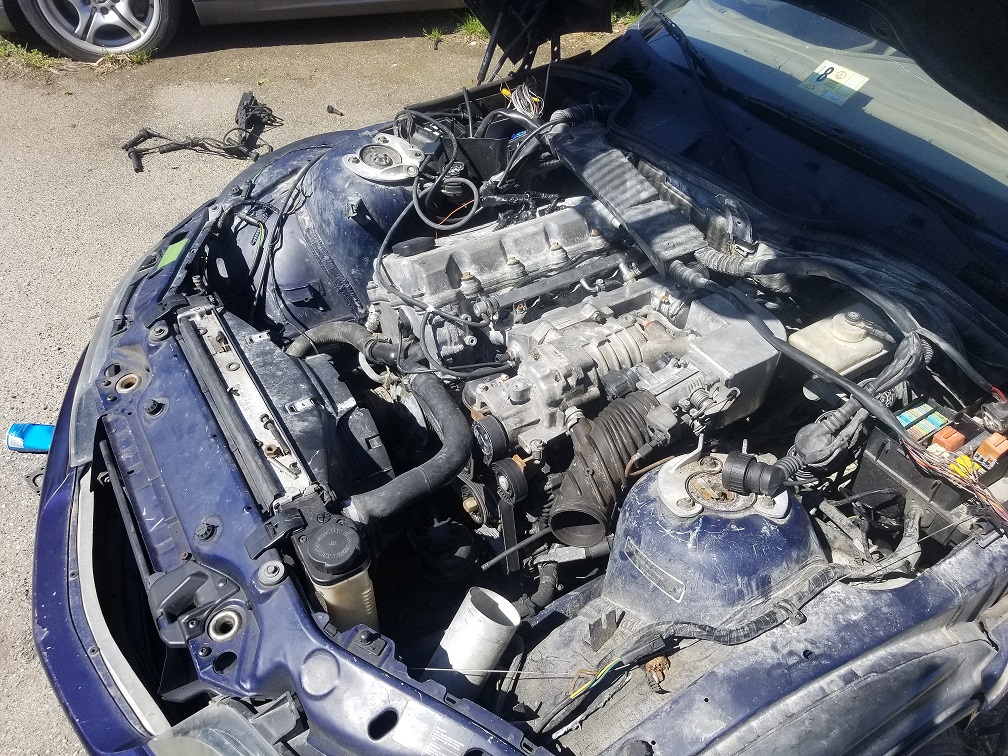 Now, I am sharing this project with you guys and hoping for some good advice or other worthwhile information that I would love to privy to. But, If you are one of those cats who say "I wouldn't do that, because blah, blah, blah (I have no basis in engineering and all I have is conjecture, or my buddy said...)." Please keep it to yourself. It's my money, time and If I want to make it explode, laugh at my ignorance. But, if you have something positive to add to the classroom, please speak up.

This weekend the wife and kids are heading out of town, I will use that time to pull the head and start with the general rebuild.