I'm new here after recently being the proud owner of a 2001 3.0 Z3 a few months ago and chuffed with it! Despite being my first post, this forum has been an excellent source of information since I've had my car, so thanks.

I thought I'd post how I've serviced my power steering system as I couldn't find a post here on it. This was on my to-do list after I found the steering was very heavy and subjectively it seems to have made the steering much better. Also, seeing that the car has done almost 150k miles, it was part of the maintenence so I thought that it should be seen to. 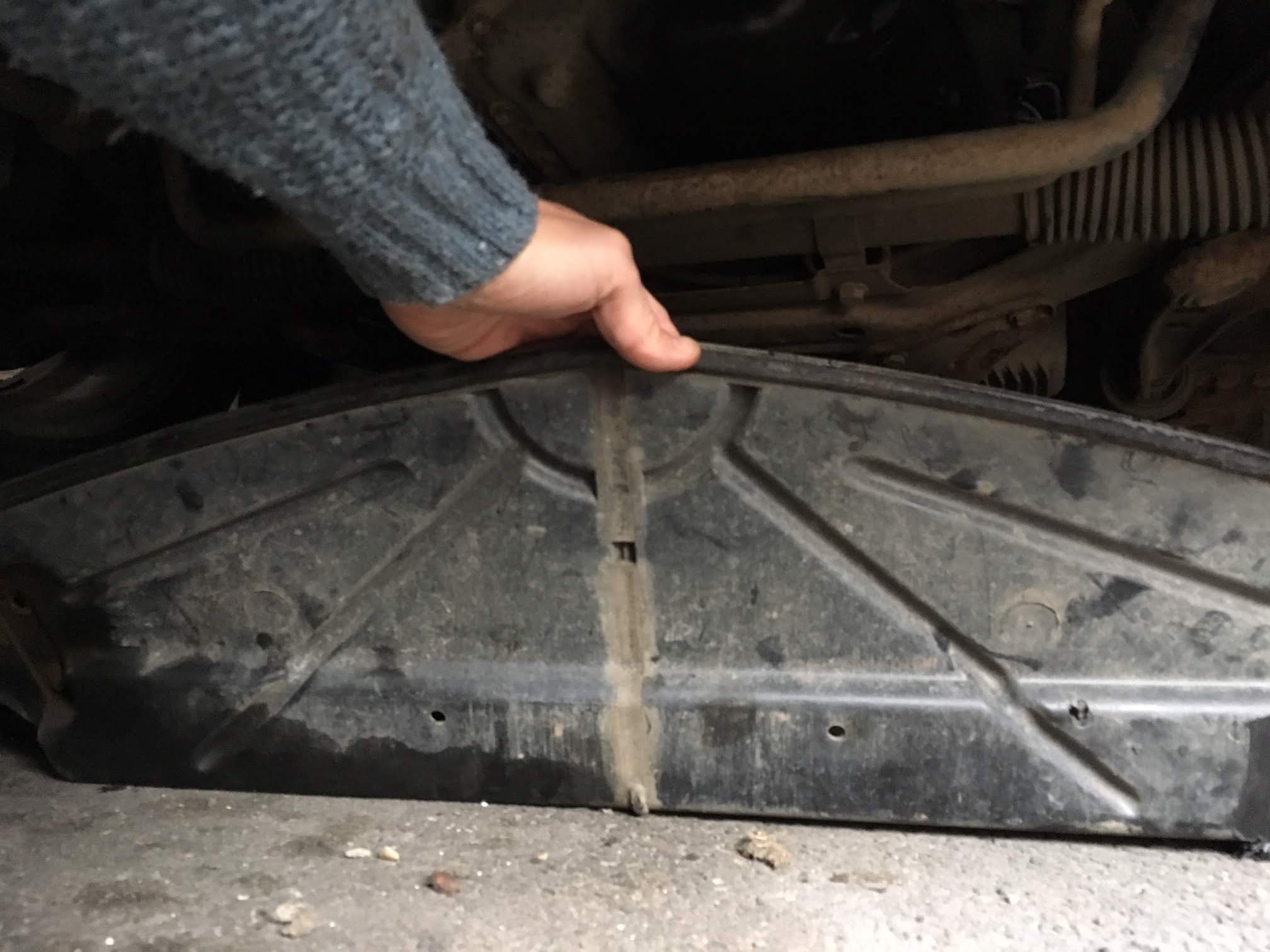 2. I placed some clamps on the feed and return hose near the connection with the cooling loop. 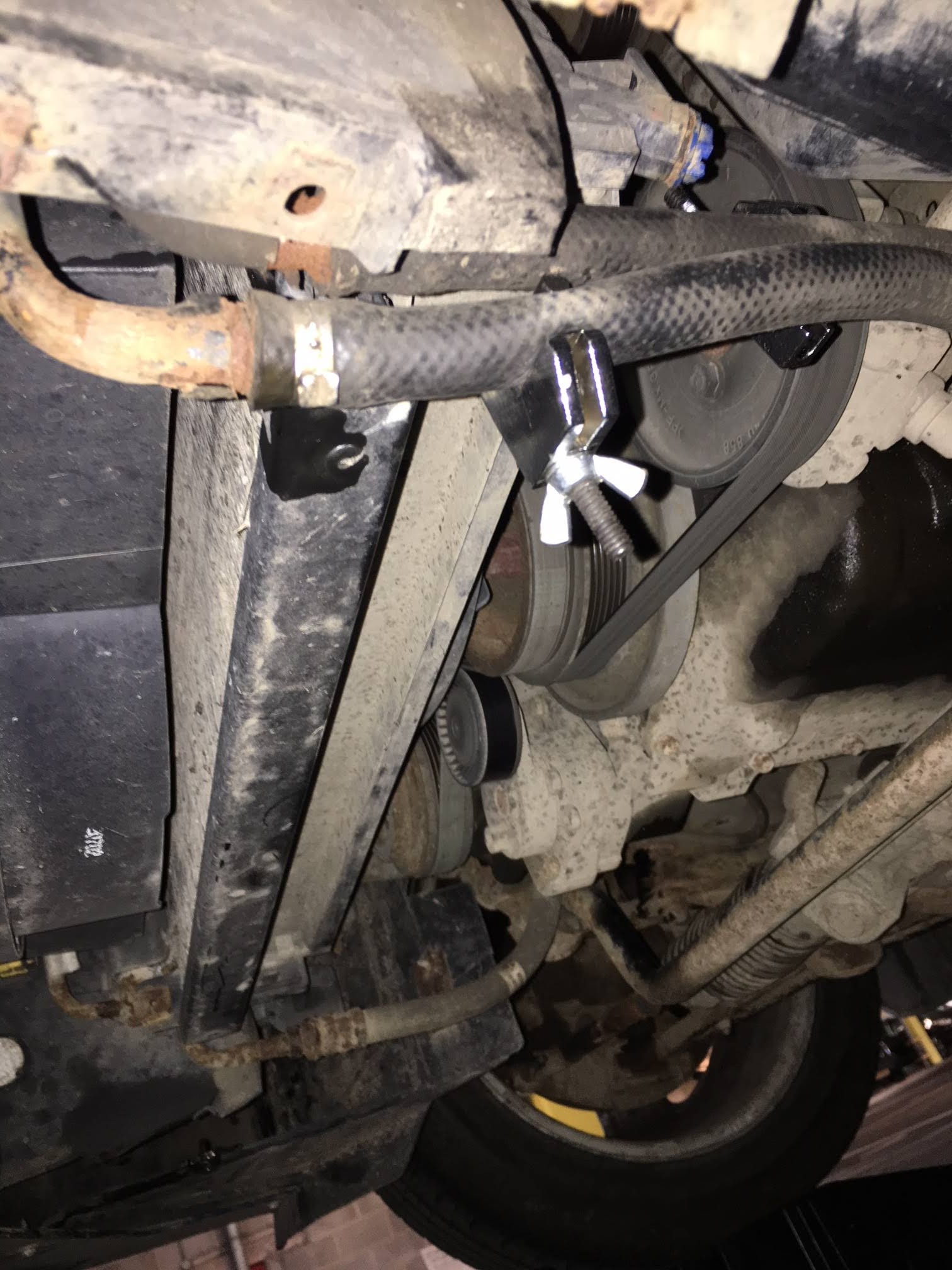 3. Then I unclamped the crimp-style clips on the cooling loop (a pain), drained the fluid into a container, then undid the three bolts holding the cooling loop in place. The third bolt on the passenger side of the car is a pain to get to, and I ended up breaking the connection between the bolt and the bracket. Weirdly, all these bolts are 'screwed' into a rubber dampener, then the nut is glued to another rubber dampener and therefore both rubber dampeners are glued together. 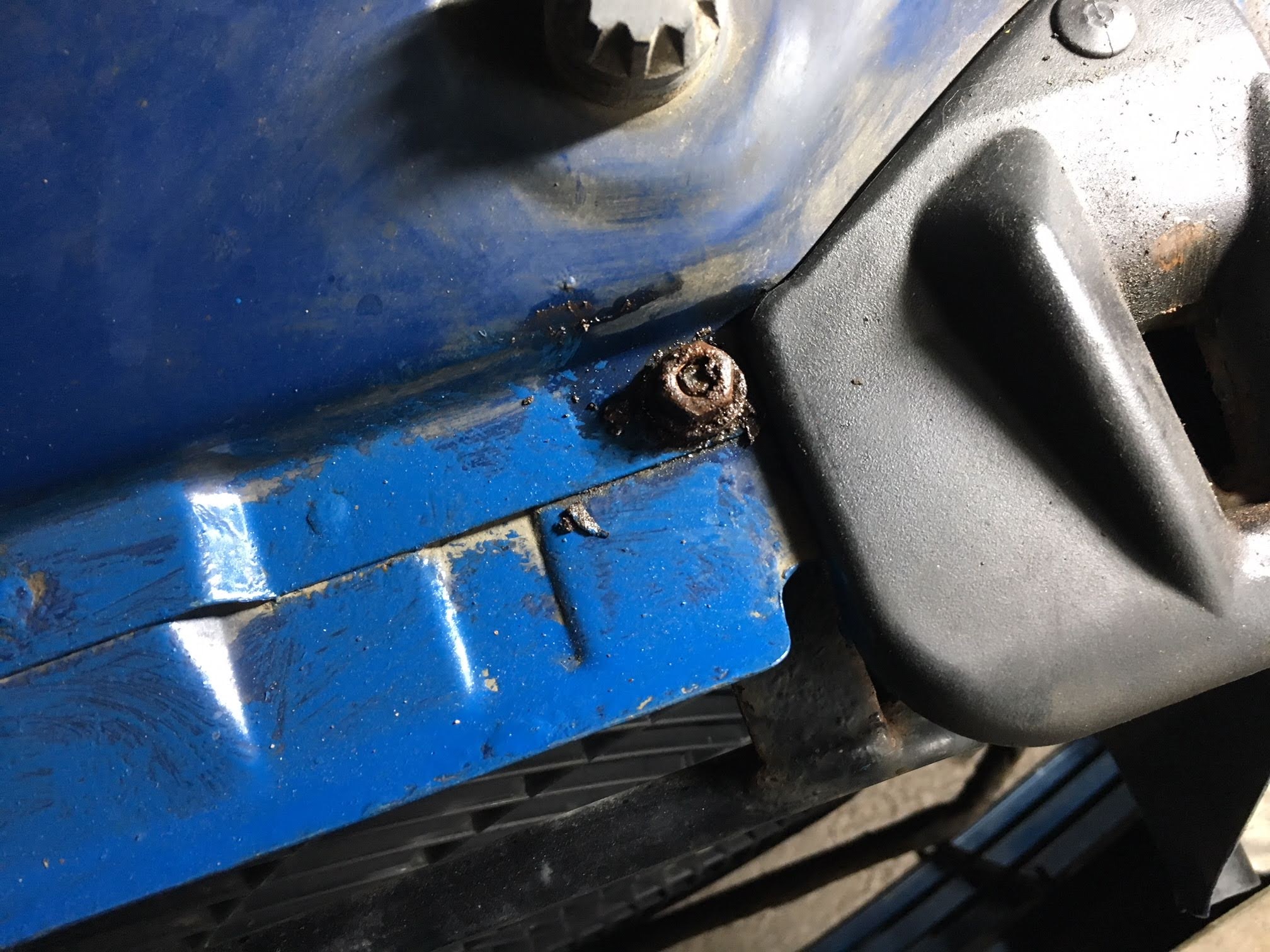 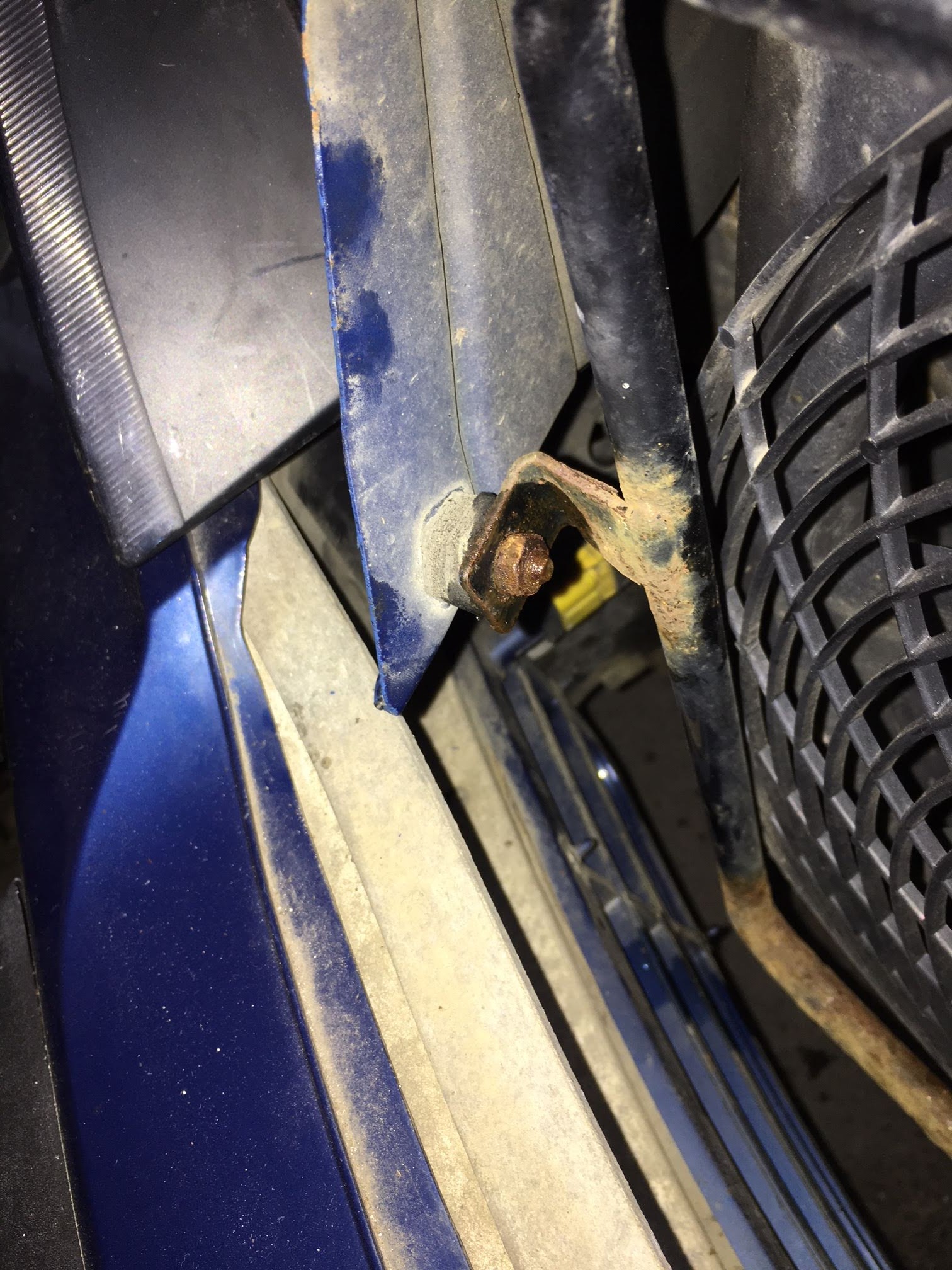 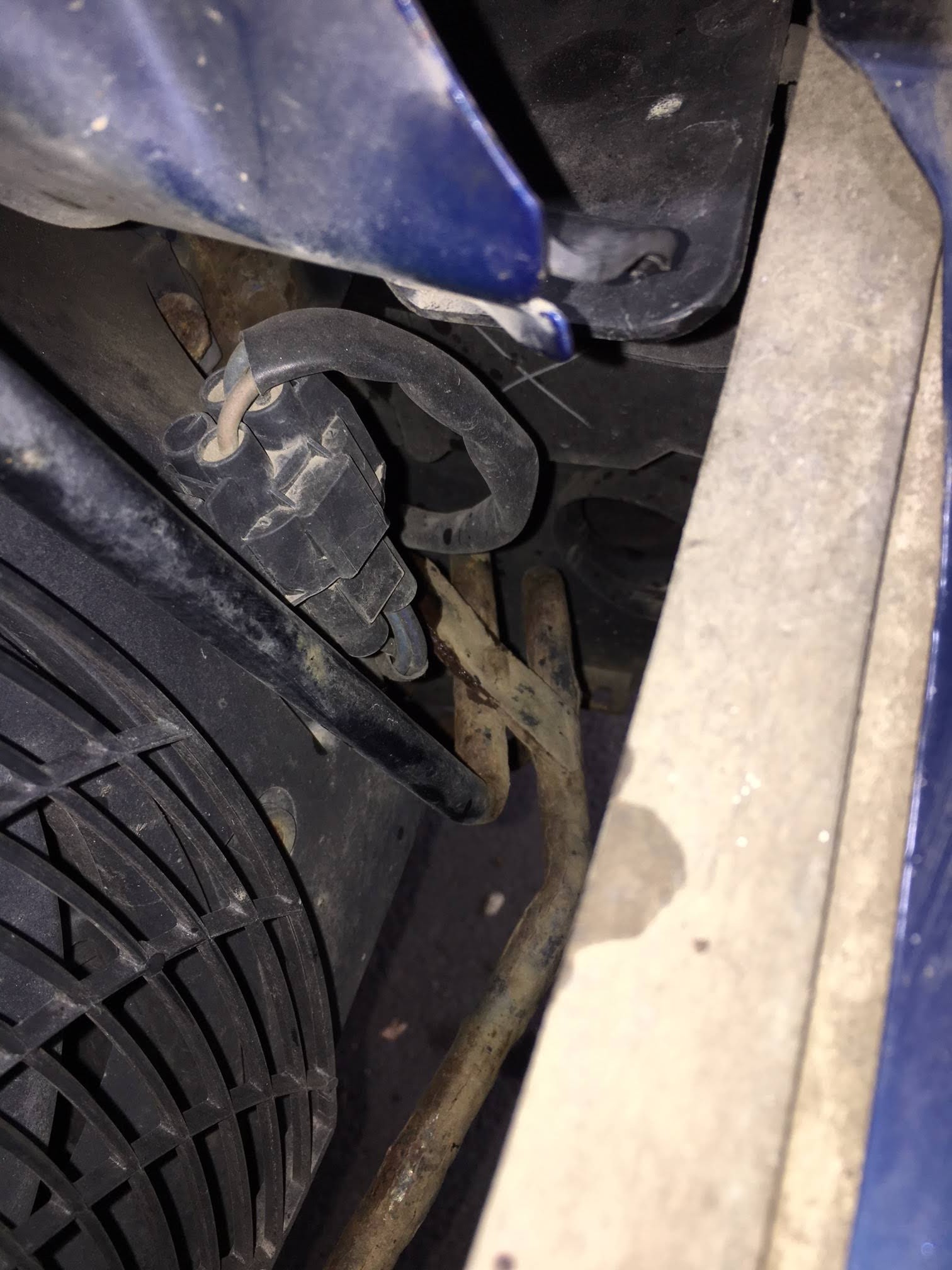 Third bolt is attached to this bracket on the passenger's side 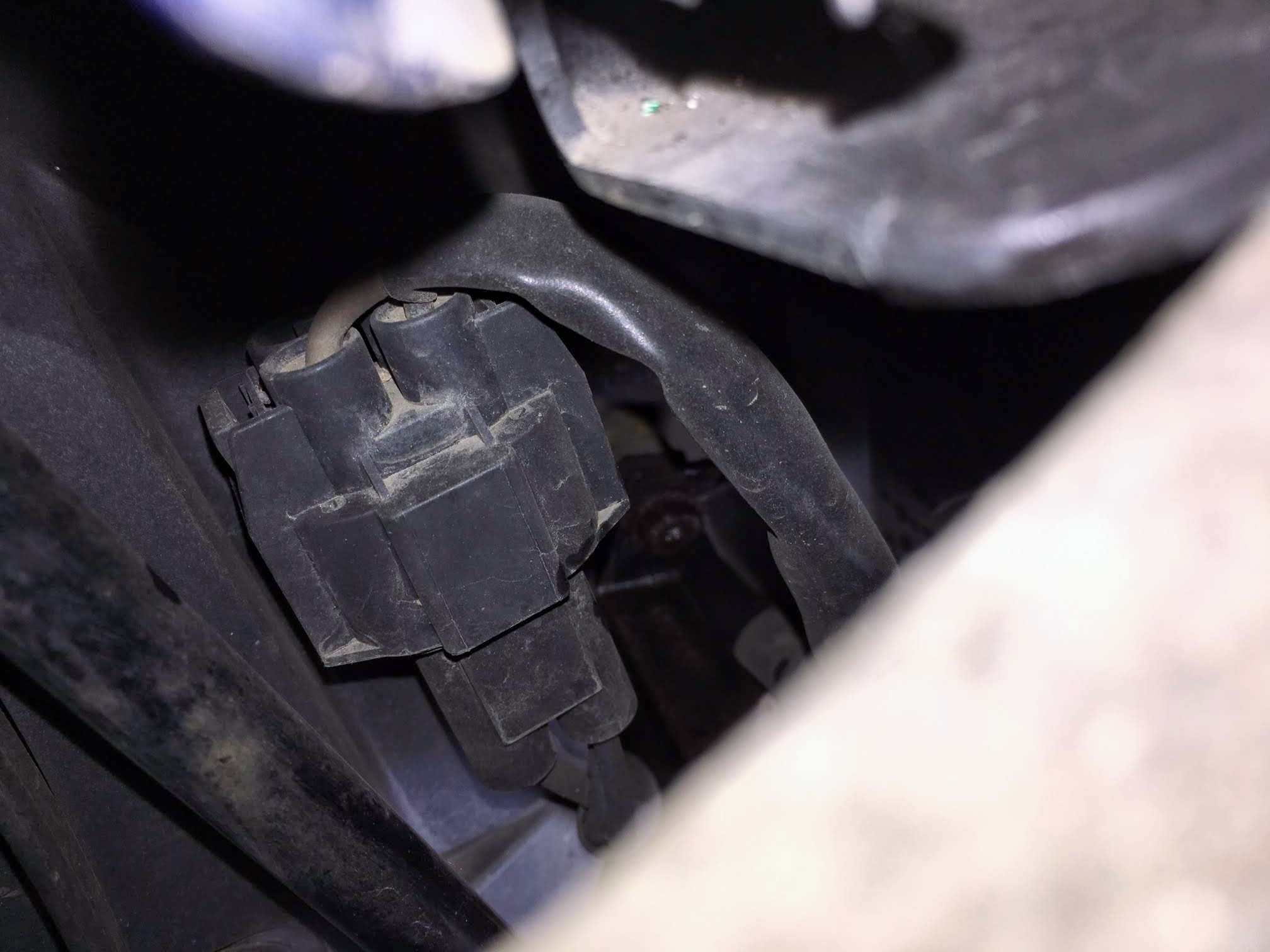 Here you can just about see the bolt

4. If you have the front of the car jacked up or on ramps, the cooling loop can be removed quite easily from underneath the car. 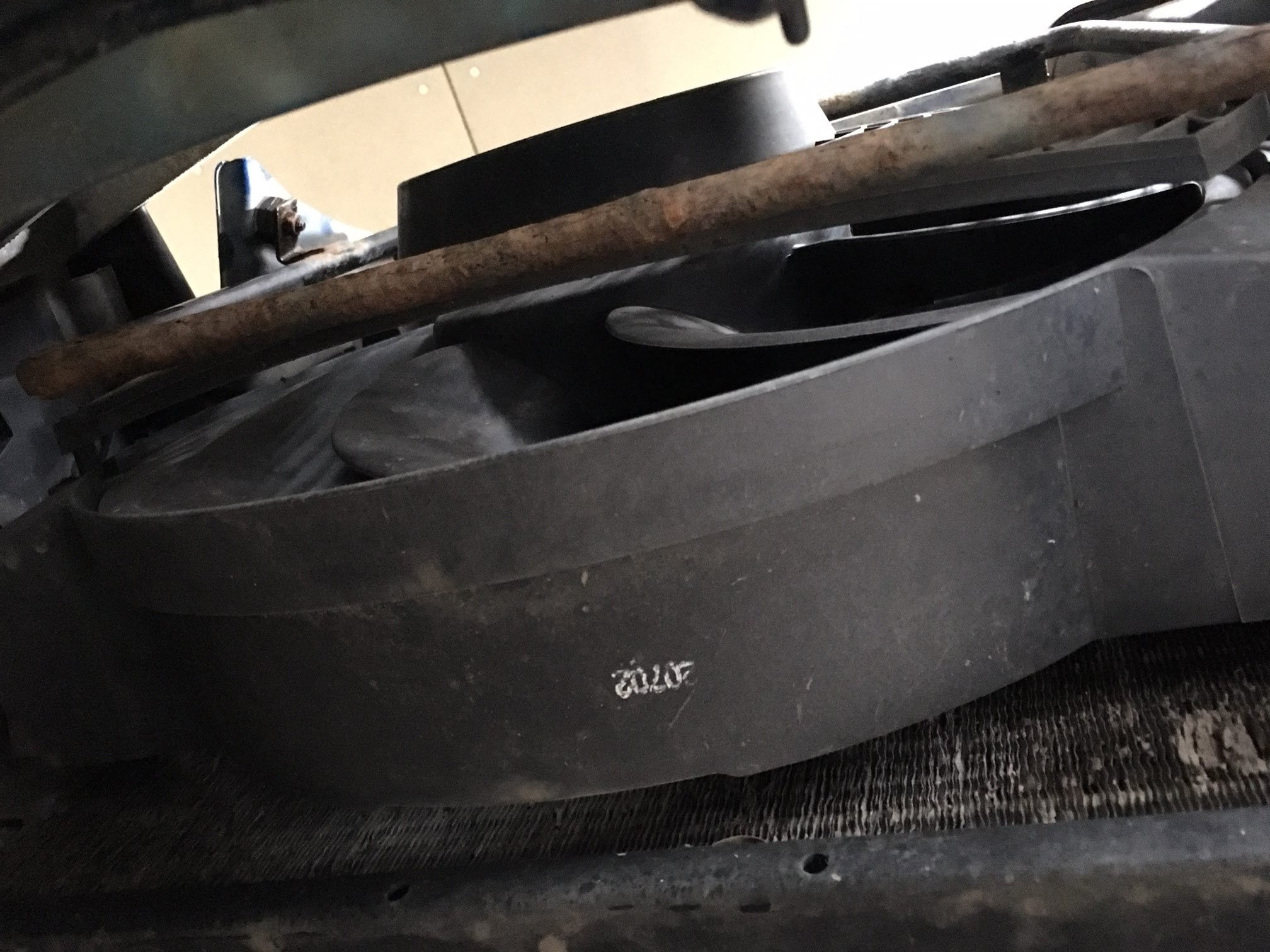 5. Next, I disassembled the power steering reservoir bracket (which comes out of the engine bay separately from the reservoir) with a few 13/10mm bolts. 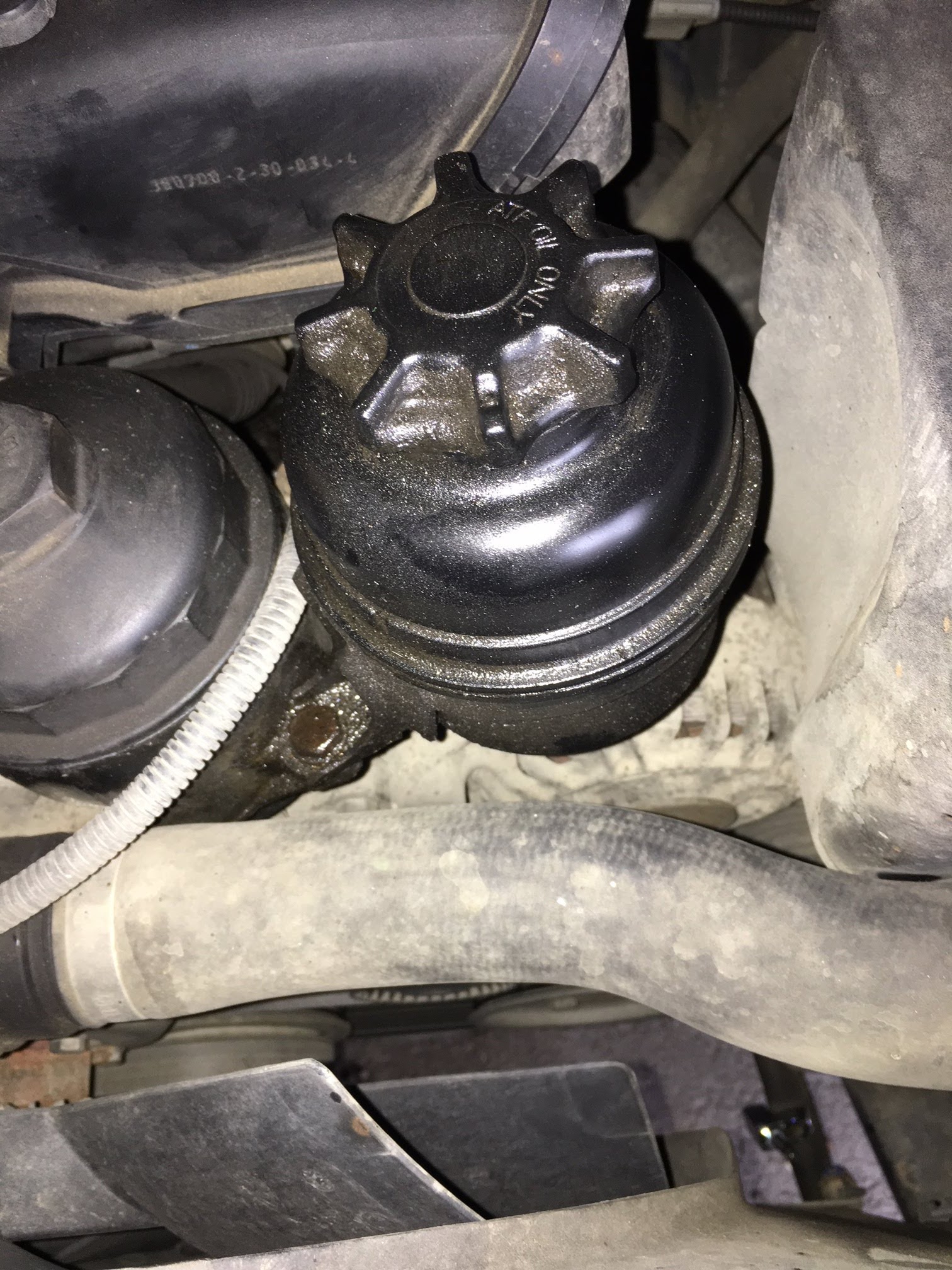 6. Once freed, I grinded the massively rusted cooling loop back to (mostly) bare metal and also sanded it with 80 grit paper. The reservoir bracket was in better nick, but also needed some sanding down in parts. Next, I used some Hammerite (direct to rust) spray paint - 3 coats. I let this dry for 24 hours. 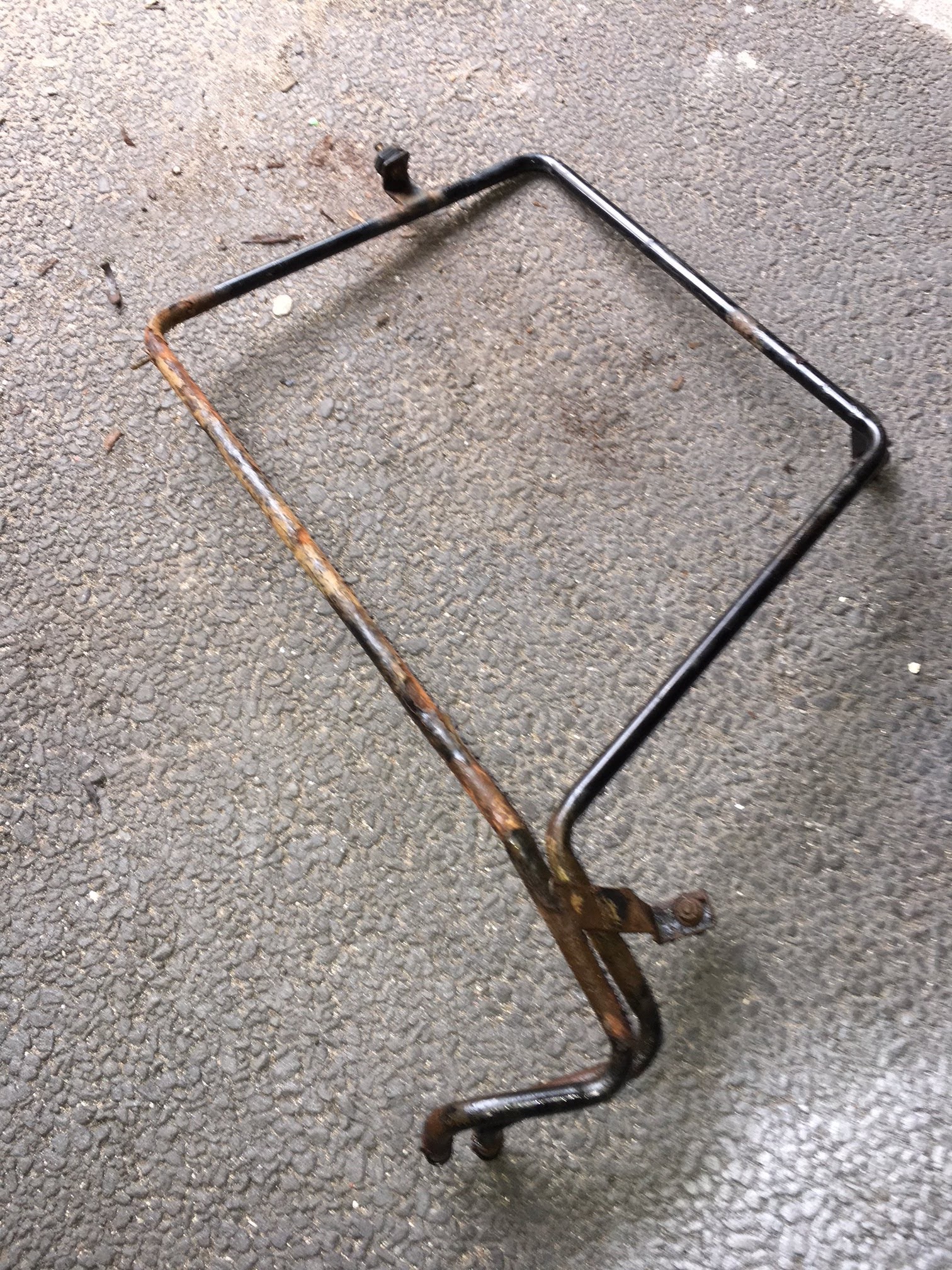 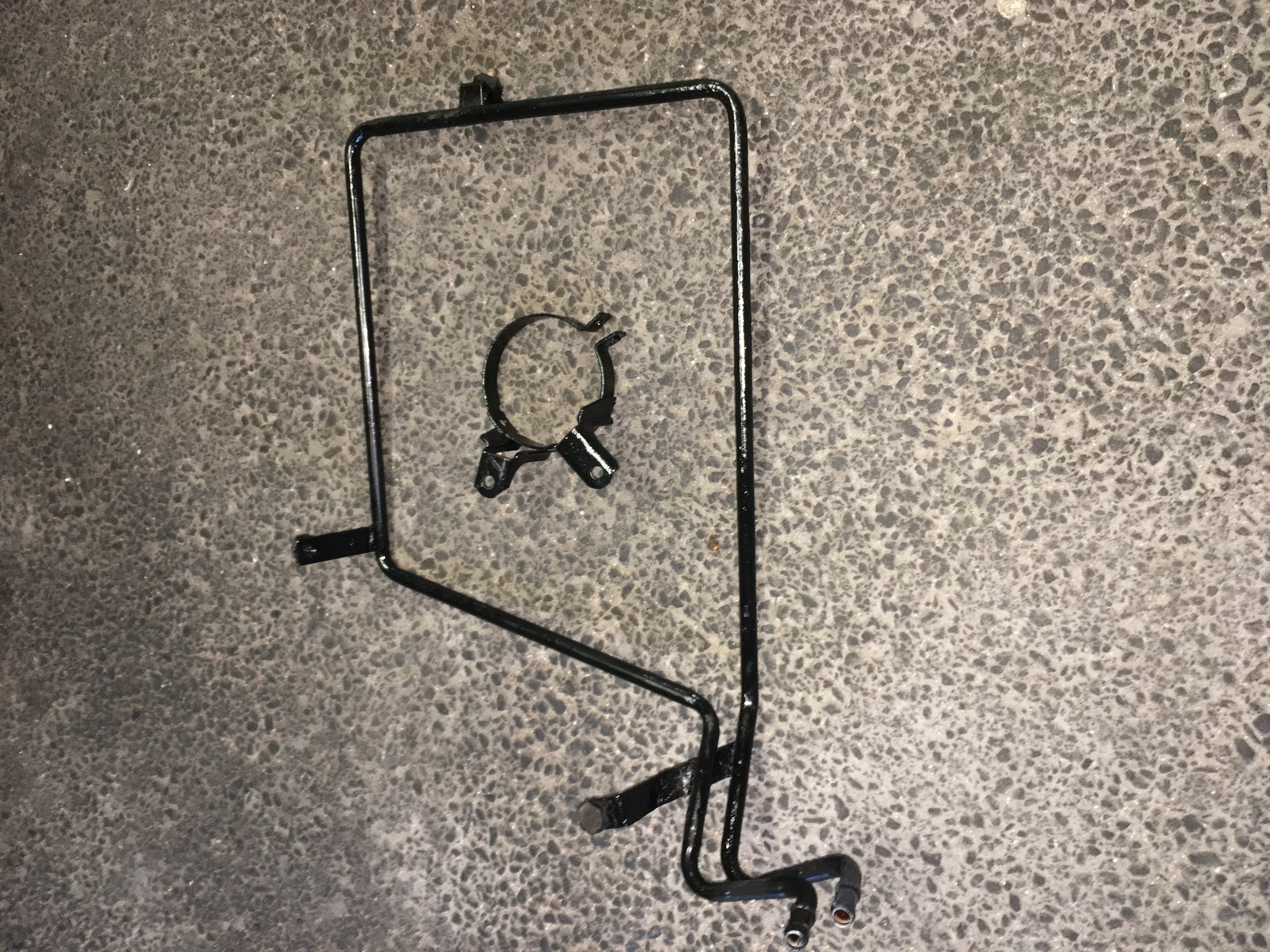 7. Reinstallation - I re-attached the cooling loop in original position and reattached the feed and return hoses. At this point hoses can be relatively easily changed, however mine didn't look too bad so I kept with the former ones. It also worth placing some jubilee clips here for possible future use. Then undo the clamps that were placed at the start.

8. Flushing system - rather than just diluting the old fluid with new fluid, I thought it better to totally get rid of the old fluid. To do this, I used a technique described on another post in this forum (forgot the link sorry). To do this, take the feed hose off the old reservoir and place on the new reservoir. In effect, you have two reservoirs now - the new one attached to the feed hose to the steering rack/PAS pump, then to the cooling loop, and back via the return hose to the old reservoir. I topped up the new reservoir with fresh fluid (Castrol Transmax ATF dextran III), turned the steering wheel from lock to lock once or twice (with the key to the 'on' position, but not with the engine started), to allow the fluid through the system. The old reservoir then fills up with the old fluid, which can then be drained off via a oil syringe and discarded. Do this a few times (I went through 1.5 litres to make sure as the fluid still seemed dirty) until the fluid coming out of the old reservoir is a clean transparent red colour. The whole system should apparently take 600-700mls. At this point, remove the return hose from the old reservoir and attach to the new reservoir so that the PAS system is now a continuous loop again. This bit was a bit messy for me. Just ensure to wash any leaked ATF fluid well with brake clean fluid, as the accessory belt/alternator is below.

Anyway, steering seems to be smoother/slightly lighter, and have peace of mind that it should be in good condition now! Hope this helps, or if anyone has suggestions to improve, please let me know. Apologies if the photos don't show up - please feedback if they do or not.

Thanks for taking the time to post this thread

Users browsing this forum: No registered users and 2 guests